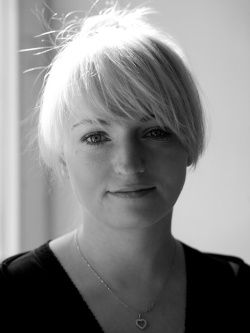 Was born on 21.01 in 1982 in Warsaw.
She has studied at the Accademia di Belle Arte di Brerra in Milan. She graduated from Fine Arts in Warsaw.

In 2007 she has finished her diploma at the Faculty of Painting, in the studio of Professor. Jarosław Modzelewski, an annex to the diploma was defended with honors in Art in Public Space run by Prof. Miroslaw Duchowski.

Award: "Diploma of 2007, named after Professor Szajna "- sponsored by the Governor of Mazowiecki Region which came from initiative of professor Szajna and Studio Gallery

The winner of the competition for a solo exhibition at the 6th International Festival of Arts "Inspiration 2010" in Szczecin.

Winner of the financial grant of the Ministry of Culture and National Heritage, 2010

She lives and works in Warsaw.